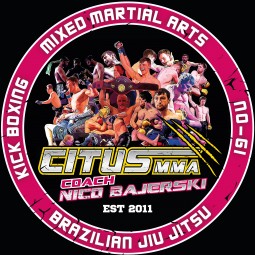 About Citus MMA and BJJ
Citus MMA and BJJ Halifax Was set up in 2011, head coach Nico Bajerski is a brown belt under Leo Negao, and has competed in MMA. Citus MMA regularly ranks in the top 5 on team evens like empire grappling.