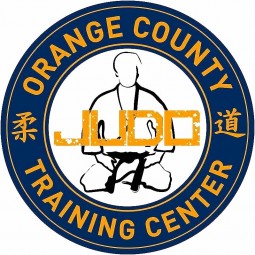 About Orange County Judo Training Center
Our Story Orange County Judo Training Center is a premier judo club located at 10706 Garden Grove Blvd., Garden Grove, CA 92843. Orange County Judo Training Center (OCJTC) is a registered judo club with USA Judo, the national governing body for judo in the United States. OCJTC is home to men, women and children of all ages who practice the time-honored martial art of judo. Judo is a sport known for its spectacular throwing techniques and rich history of tradition. OCJTC is the largest judo club in Orange County and offers more classes than any other judo program. Classes are offered for adults and children in both gi and no-gi formats. OCJTC is recognized by many of the top judo coaches and athletes throughout the country as a leading-edge judo program that also maintains the traditional values that parents and martial artists seek. Training under a progressive Head Instructor, our students develop fitness and conditioning, self-defense, and competitive skills in a training environment that fosters the traditional values of honor, discipline, respect, and self-confidence. Led by world class athlete and Head Instructor Juan Montenegro, along with his Coaching Staff, OCJTC offers our students the opportunity to achieve their personal goals whether they are seeking competitive or non-competitive training. His lifelong experience in judo as a competitor and instructor, and his decades of teaching judo at a high level, gives him the skills to be attentive to the individual needs of our students, while they train in a group environment. The words "Modern Training, Traditional Values" reflect our vision and encompass the judo principles of "mutual welfare and benefit" and "maximum efficiency". OCJTC believes the traditional values that judo training benefits not only the individual, but society as a whole. The OC Judo Coaching Staff, along with long-term students and supporters, believe that the lessons learned on the mat (tatami) carry far more importance in the daily lives of the students than results achieved in the club and competition environment. Our approach to training is to continually educate ourselves about the latest developments in training and instruction, and employ those developments when they are consistent with the values that have been passed down to us from our heritage in the martial arts. The sport of judo has an active local competition schedule in Southern California, offering our competitive students many opportunities to participate and compete against other contestants in the region. As an official Olympic sport, judo has a national governing body, USA Judo, which oversees qualifying tournaments for national teams. Our goal oriented students can compete in officially sanctioned State and Regional Championships, as well as the National Championships which are held annually. The top judo athletes in the USA represent the United States in international tournaments, including the Pan-American Championships, World Championships, and the Olympic Games.